How to greet someone in Romanian 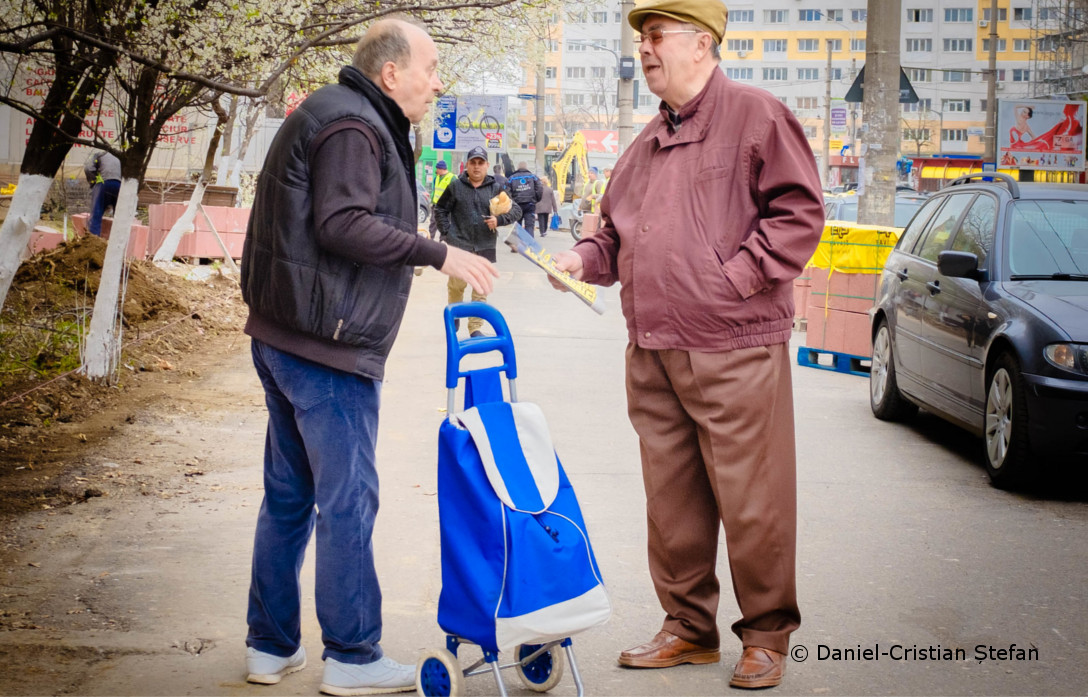 In this lesson you will learn how to:

Romanian informal greetings: How to say Hi,Hello in Romanian

Is there a difference between "salut" and "bună"?

"Salut" and "Bună" are used in informal cases whereas in formal encounters "Bună dimineaţa / Bună ziua / Bună seara" is more appropiate.
There is no real difference between "salut" and "bună".

How to say in Romanian: good morning/day/evening/night and goodbye

The easiest way or if in doubt just say “Bună ziua” (Good day).

How does one say Good afternoon in Romanian?

Romanians do not say Good afternoon. They actually use Bună ziua (Good day) from lunch time until the evening.


Sărut mâna is mainly used to address old persons. It is a familial, colloquial, traditional way of greeting a Romanian, that shows affection and respect. However nowadays it is less and less used. You can address it both to a woman or a man. It was/is used mainly by children, however it is perfectly fine for a 40 year old son to greet his 70 year old Romanian father by saying Sărut mâna.


It literally means “[I] Kiss [your] hand”. Don’t worry if you’ll ever decide to impress your Romanian partner’s grandmother by saying it, you don’t have to literally kiss her hand. It frequently happens that in spoken Romanian the final "t" in "Sărut" would be omitted and both words would be be spoken as one, without a perceptible break in between the words.

In Romania it is common to kiss once on each cheek. Thus the answer to the question How many times do Romanians kiss is two. Cheek kissing is commonly used between family members or close friends. It is used more by women, however it is quite common for men family members to kiss on the cheeks.

The handshake is largely accepted between men and women in Romania. As explain above when it is more appropriate to kiss on the cheeks, there is no need for a handshake.

How to greet someone in Romanian

I found this very useful and helpful to concrete the bits of Romanian I'd picked up informally.

The new one on me was 'Sarut Muna' which I hope to trial on my partners mother :)

I'm happy you liked it, and I'm convinced that your partner's mother will appreciate the effort.

If you need to learn how to pronounce better the letters ""ă" and "î" which are part of "sărut mîna", you can find more examples in the dedicated lesson we have on pronunciation at
https://www.learnro.com/romanian-vowels-pronunciation

Thanks for the useful link! Coupled with talking to my partner, I should nail pronunciation pretty quick :D